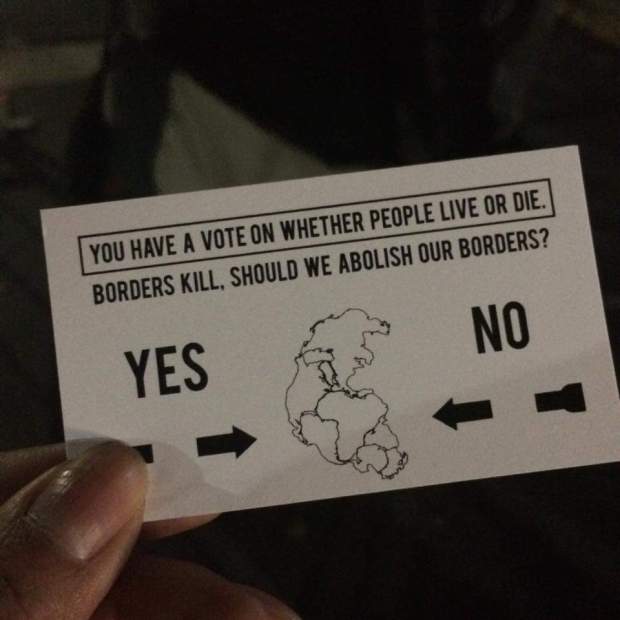 This was taken from the Nuit Blanche event. People could cast their vote and there’s a large screen showing the results. NO is leading the poll but I’m quite surprised that it’s almost a tie for them. I voted for No, and I stand firm on that decision [It’s obvious why I chose No]..

I feel devastated about hearing the tragic incident that happened in Paris, France. Innocent people were affected by the attacks which ISIS took responsibility of. I’m really scared that an act of war is happening all over the world. I couldn’t fathom how people could cause harm to other people. I don’t know how could they find joy about it.

PM Francois Hollande declare closure of borders and I believe that’s the best thing to do in this kind of situation. This is the first time after World War II that France declare a state of emergency. It’s something people should pay attention to cause we don’t want war to happen. We’re already in a situation where in any minute war will arise. It’s very contradicting that after November 11, Remembrance day, this tragic event happened.

Some people are asking “What’s happening to the world”. But it’s not the world, it’s the people within it. It’s us, who can do something but choose to be apathetic about it. Our beliefs are supposed to bind us together not oppose each other. We lack respect on other people’s culture, opinion and beliefs. It’s hard for us to accept each other’s indifference.Our elders fought for us to have a free country. We should never let that happen again. NEVER AGAIN. I watched a very touching video -a veteran’s message to people:

But meanwhile in SOCIAL MEDIA where errthing gets annoying..

I’ve been seeing posts from different people posting about Paris attacks. I remember that these same people are the ones who posted something about EU countries should be ashamed cause they have strict policy on their borders- some doesn’t even know what refugee status is. It’s infuriating that their posts are very contradicting. It only shows how hypocrite and trend seeker they are. [i’m really annoyed, sorry] Just realized how inconsistent they could get by following trends. So, for those people I’m referring to… here’s a good book about ISIS >  ISIS: Inside the Army of Terror

Welcoming “refugees” without sifting them through or bypassing the screening process will lead to terrorist attack. WHY? cause terrorist can disguised as a refugee. They have the capability to do it. Asking for countries to be “LESS STRICT” with their borders is like welcoming terrorist to harm their territory.

This should be a wake up call for us. We should have stricter border policy and do not let anyone suspicious get out of the radar. The safety of the citizens/people living in the country should be the first priority. We should NEVER bend on terrorist demands.  I hope PM Trudeau will be able to stand firm on this.